Cozmic Transmissions is a presentation of a growing archival and performative project that draws from location, encounters, collecting, science fiction and rituals.
The work deals with the fetishistic quasi mythical engagement of the collector with artifacts of material culture. Using ideas of preservation as a mirror image of commodification, the work relies on de-contextualisation of objects and location and re-functions them as fiction rather than as hermetic systems of pedagogy or allegories.

Objects and experiences are acquired and assembled into sculptures, sound pieces, footage and performances and rendered as meaningful by the attachment of significance to them as part of a collection of objects, rituals and performances. They become removed from the ordinary and perceived as part of a set of non identical objects and experiences, becoming a gathering up and convergence of cultural artifacts producing new cultural authority and weight. 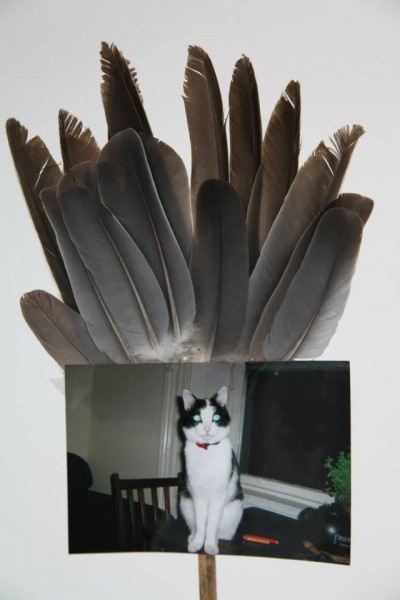